While waiting for a new article on the paint removal techniques, our staff has thought to make you a gift: our beautiful experience with the shell of a very rare Volkswagen TYP166 Schwimmwagen. 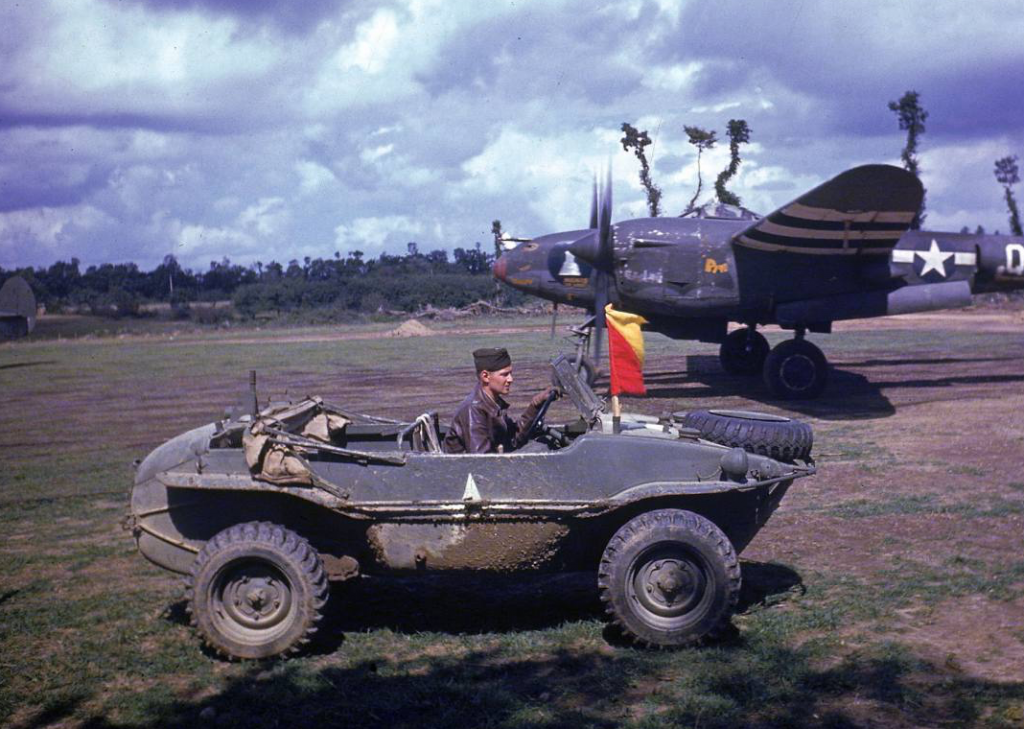 Let’s start by telling you the story of this amazing light anphibian military vehicle. It was built in the Wolfsburg plant in Berlin, which is now the site of the modern VW productions.

During the second world war, about 15 000 models were produced. Some sources say that the project was based on the Kübelwagen mechanics (another vehicle of that period), which was equipped with a more powerful petrol engine. More precisely the Schwimmwagen was to be considered as an evolution of the original Volkswagen (the people’s car) which Hitler had promised at the beginning of the 30’s. The motor was the same of the previous Kubelwagen, whereas the basic project wasn’t, because based on a sort of metallic pavement which created the vehicle structure.

On the contrary the TYP166 was a motorized shell on four wheels. Its production ended in 1944 due to the bombings which led to the lack of raw materials and objective production difficulties. 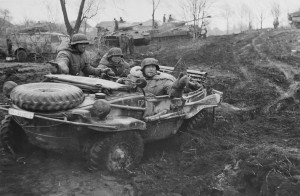 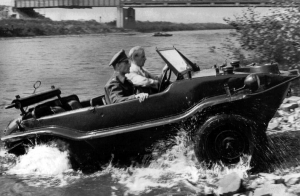 The car was a 4x4 advanced recognition vehicle, which was usually given to élite departments and sometimes equipped with two machine guns. The Volkswagen TYP166 had a surprising off road power, even if it only had a four boxer cylinders air cooled motor . As anphibian vehicle, it was able to cross little water flows, by navigating thaks to a three-blade propeller which was lowered and connected to the crankshaft on demand, to a speed of 10 km/h.

The Volkswagen TYP166 Schwimmwagen which was brought to our plant was built on 13th May 1944 and it was consigned three days after, on 16th May in Heereszeugamt Kassel, that is in the arsenal of the Kassel army. During the war it was probably captured by the allies.

“..it is narrated (and so wikipedia states) that the Schwimmwagen was a very desired prey by the allies which captured all those which they were able to, because they didn’t have any equal in their arsenal (except from the anphibian jeep version), but above all with the aim of using them as a trophy….”.

Unfortunately there are no proofs or documents validating this thesis and moreover the allied armies were well equipped and certainly did not need any supplies from other car departments. Nevertheless there are some old pictures showing captured Schwimmwagen which give birth to these more “fictionalized” thesis.

It would be great to receive your comments on this matter to help us in clarifying and tell a piece of history about a historical means of transport.

Our guest, the TYP166 Schwimmwagen, was alienated by the Allies through an “ARAR” field, that is by the Agency for the relevation and alienation of residuals, on 31th July 1948.

After that period, it was equipped with a number plate by remaining in a sole family. Only in 2009 it arrived to our customer, who this year began a complete restoration by starting right from the shell paint removal and cataphoresis, whith the prevision to end it within the next year. We and our followers are eager to receive the pictures of the final restauration result. 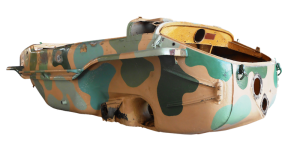 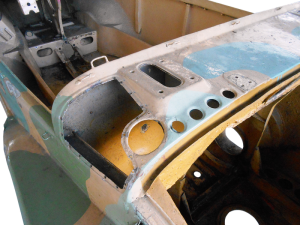 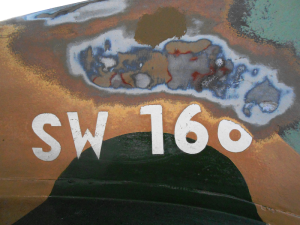 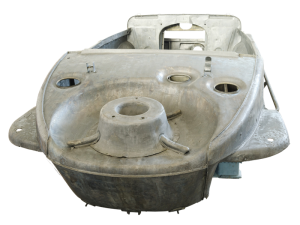 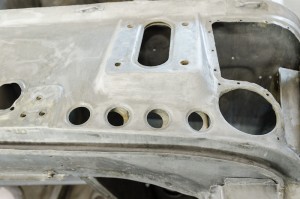 We are very proud of having this TYP166 Schwimmwagen exemplary in our company, because it’s a particularly rare vehicle (only 200 models thereof “survived” after the war). In addition it’s extremely good valued by the collectors and above all, because it is a project directed by Ferdinand Porsche.